Well, the question is…. cream or jam first, isn’t it?

Of course, its jam first and then the clotted cream on top. That is evidently the way they do it in Cornwall where they sometimes even butter the scone before the jam. Or is it as they do in Devon, the other way round, cream first then the jam on the top. Usually and traditionally strawberry jam would be the prefered sweet topping.

The Devonshire Tea was first evident from the 11th Century where bread, jam and cream were eaten in Tavistock Abbey in Devon. These sweet treats were handed to the workers restoring the abbey by the monks after it was plundered by Vikings in the 10th Century.

Later on in the early 19th Century, tea consumption was increased due to the long gap between the two main meals of the day, breakfast and dinner which caused the 7th Duchess of Bedford to say she was “having that sinking feeling” in the late afternoon.

From this revelatory discovery that tea in the afternoon was a great “pick me up” accompanied with a light snack, the tradition of Afternoon Tea was born. Subsequently, from this tradition the Cream Tea became a hugely popular feature on Tea Shop menus.

Recently, there have been discussions to protect the ‘Devon Cream Tea ‘ status – http://news.bbc.co.uk/2/hi/uk_news/england/devon/8692662.stm

The Bookham Village Restaurant and Tearoom serve a delicious Cream Tea, Deluxe Cream Tea  or a Vintage Cream Tea with prices starting from £5.95. 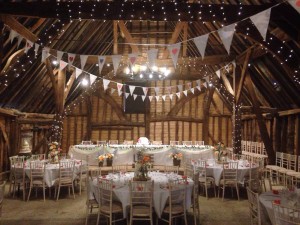 Our catering menus
Tweets by @Home_Cooking_UK